‘I want a trade deal with the US’: Mayoral candidate defends President Trump Manchester invitation

With less than three months to go until Greater Manchester’s first ever mayoral election, the candidate for the English Democrats is already making a stir.

Stephen Morris said on his party’s website that he’s “a big fan of Donald Trump.”

And, if he were elected mayor, he would invite the President to visit Greater Manchester as part of his June State visit.

MM went to meet Mr Morris to discuss President Trump, the invitation, and the controversy which surrounds him.

“I only like Trump because he promised a lot of things during the election and he’s implementing them,” said Morris.

“He’s not a perfect person. What you see is basically what you get and I think that’s the kind of politician we need to be going to.

“The only reason that I like him is that he’s not politically correct.

“He’s not part of the political elite where they try to say one thing and then do another. And I think going from what I’ve seen what you see is what you get.

“Yes he has made derogatory comments, I don’t agree with him, however we have to take him as he is now, US President, and we’re looking to do business with him,” he said on the topic of Trump’s misogynistic views.

“But in the workplace we see it all the time. Which still doesn’t make it right, but I want to see what he does as President and I want a deal for Greater Manchester from one of the biggest economies in the world.

“And if that means talking to someone who has made stupid comments 14 years previous, but who is also democratically elected, then I will do that.”

Morris said the reason he wants to invite President Trump is to forge a trade deal for the region with the US.

“Greater Manchester has got to be forward looking. The other mayoral candidates are all looking behind. A trade deal is important and that’s why I’d invite him,” he said.

This trading relationship would seemingly be based primarily upon a pragmatic marriage of convenience. 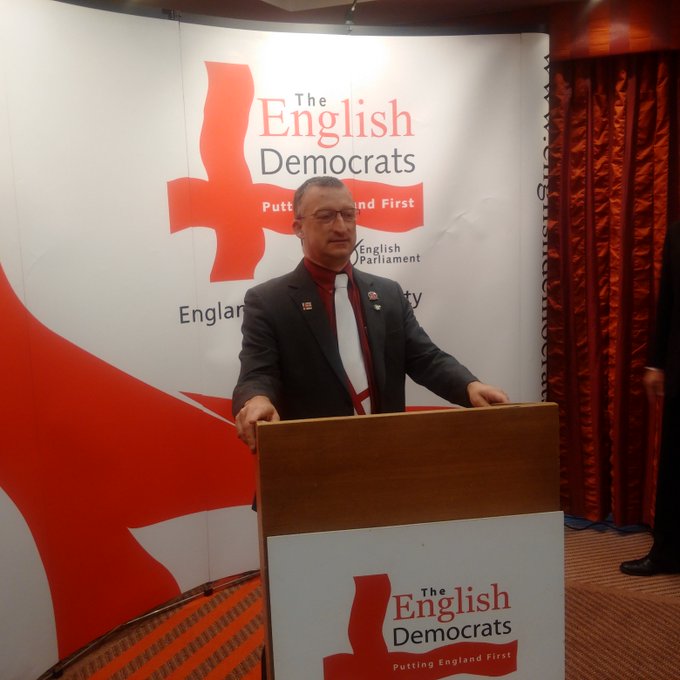 Morris believes that, especially with the collapse of the Transatlantic Trade and Investment Partnership (TTIP) agreement and its incumbent restrictions, a trade deal with the US could be great for Greater Manchester’s healthcare sector.

He feels he should rise above partisan posturing and act only with the interests of Greater Manchester as his priority.

“From a mayoral point of view we have to speak to people who we may not necessarily agree with.

Ever since its announcement, President Trump’s June State visit has elicited a number of very different reactions from all sections of UK society.

But Morris has called into question the opposition of many given the precedence of the UK government to openly welcome a number of foreign dignitaries from countries with poor human rights records.

“The government gave a state visit to the Chinese leader, that to me was atrocious given their human rights violations,” he said.

“We’ve given visits to the Emir of Kuwait and other Saudi leaders where their country’s equality rights for gays and women are totally abhorrent to me.

“There’s quite a lot of hypocrisy in saying to a democratically elected leader you’re not welcome because you made comments 14 or 15 years ago, bearing in mind he’s only going to serve at most eight years.

“And yet the people we have been inviting over from other countries, they’re in power for decades: and they’re far worse than Donald Trump has ever been.”

He criticised the Speaker of the House of Commons, John Bercow MP, for his recent declaration to deny President Trump to address Parliament.

Bercow “should go” he said, for abandoning his impartiality and breaking procedure by not consulting his colleague, the Lord Speaker.

He went on to attack Nicola Sturgeon for her comments towards Trump, saying that as a First Minister she should know full well that, in Scotland’s best interests, she will have to speak to people and do deals with people that she may not like.

In essence, Morris sees Trump as a break from the past and the political status quo.

“Too many times now politicians are saying one thing and doing something completely different,” he claimed.

“What politicians will do is, they will do one campaign in a constituency, but when they go to parliament they have to toe the line of the partly leader.”

But Trump’s avoidance of so-called political correctness has also left him with some fierce critics – the first few weeks of his Presidency have been racked by protests in cities across the USA, the world and here in Manchester.

However Morris said he is not concerned that a visit from Trump may incite further demonstrations.

“If people protest against him I think that’s great. I’m all for people to protest – it’s a way for them to make their voice heard. Our country is based on protest.”

Yet he rejected that these protests would have any real effect.

“A protest here cannot affect Donald Trump and what he does for the US.”

Nonetheless these protests have been born out of a virulent rejection of Trump’s highly controversial policies, attitudes and language, something Morris recognises.

Speaking about Trump’s proposed wall across the US-Mexico border, Morris said that people forget that there is already a wall there which is nearly 700 miles long.

“All Trump is looking to do is control the rest of the border,” he said.

“That’s nothing new. Protecting and controlling your own borders is a priority.”

It is now only a short wait to see if Morris will be elected the first Mayor of Greater Manchester.

Whatever the outcome, it’s likely President Trump’s visit will get, at best, a mixed response from the people of Greater Manchester.

Image courtesy of English Democrats via Twitter, with thanks.